The Society of Annuity Facts and Education (SAFE) responds to “Lifetime income? Tax deferral? What investors should know about annuities” 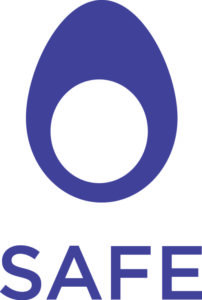 Although we have had a long-time relationship with you, we were surprised to find that now that you are publishing content with CNBC’s FA Playbook, without using our fact-checking services. As you know, we are always interested in discussing the facts about annuities.  That said, we found some errors in your article “Lifetime income? Tax deferral? What investors should know about annuities,” and would like to clarify some misconceptions.

Overall, we would caution that it is reckless to generalize annuities in the manner this article did. As you are aware, only variable annuities have explicit fees, such as the B-share this article referenced; these are not a function of fixed nor indexed annuities.

The #1 fear of Americans is running-out-of-money in retirement. Annuities are the only financial instrument that can guarantee the purchaser an income they cannot outlive. As a result, it would seem appropriate that annuities are strategically, and solely-positioned to properly address the concerns of our nation.

While a mixture of stocks and bonds may be appropriate for some, this combination will not solve the purchasers’ needs for a guaranteed paycheck for the rest of their lives. SAFE supports that idea that it is best to listen to each individual consumer’s concerns, needs, goals, and objectives, before suggesting products as a solution. No solution is omitted for consideration prior to such a discussion. This method ensures that each client’s purchase is truly what is in their best interests.

As with all financial products, we encourage consumers to do their research, understand all the terms and, based on their own circumstances, decide what is best for them. Whenever possible use a trusted financial adviser and understand their licenses, know their background and their experience.

Annuities are not right for everyone. And no one should put 100% of their assets into an annuity. However, annuities are a logical solution for many. Providing clear, accurate, and concise information about these products is imperative at a time that our nation is ultra-concerned about retirement income options. Your cooperation in this endeavor is so very appreciated.